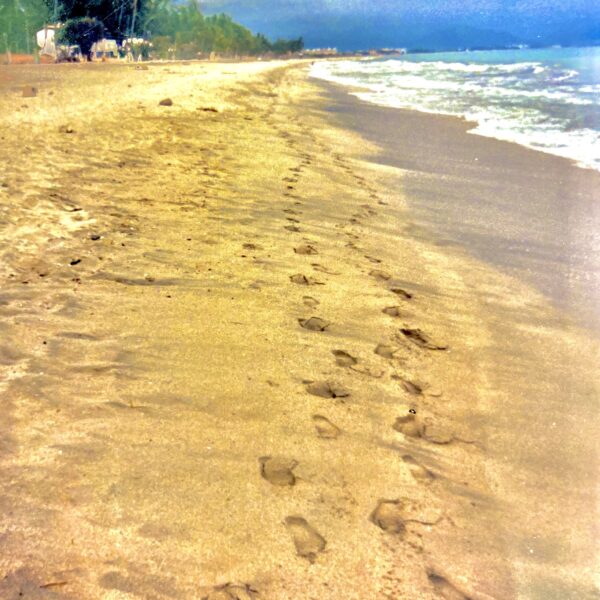 The close connection I had with God as a child soon became estranged as I grew into a teenager, as more things began to unfold, I somehow became convinced that my so called “Loving God” was punishing me, My rebellious side quickly started to emerge and my drinking quickly increased as my loved one were dying around me, I refused to accept death as a part of life and was consumed by sorrow and pain. I needed someone to blame, so I blamed God for all my misery, unable and unwilling to take any responsibility or ownership for my part I might have been playing.

There were good things of course, yet I took credit for that, never considering that someone or something had a hand in my fortunes. I ran from God as fast as my feet would carry me, always hiding, usually in the bottle, for that’s where I thought all my answers were. I’d go to church to perform lip service to a faith I never practiced, breaking all my promises, repeating that pattern over and over. I played that part of a very happy clown, big smile on my face, gregarious, outgoing, a jokester, someone everyone wanted around.

I hid my true emotions all too well, I did what I had to do to fit in, ashamed afterwards at the lengths I would go to just to be loved by a stranger. At some point I just convinced myself God just gave up on me because I gave up on him. Looking back now I think that’s when things got progressively worse. I became more angry and that anger fueled my drinking, then seclusion began, my circle became smaller and smaller till there was only me, consumed with myself, my misery and insane thinking.

In all of that loneliness I still felt a presence around me, although I had no clue as to what it was. I’d finally reached that jumping off point which I never thought I’d reach. Once again, alone with my alcohol, I couldn’t see my life with it anymore or without it, it was then again I started to pray, reach out to a God that I thought had long abandoned me. In my confusion and drunkenness I wrote a suicide letter swearing this was my last, only asking for help in the words I wrote, that was my last farewell and that’s when God intervened. I hated him at first for botching my plans, I hated everyone around me for being so concerned, “Like they care” I thought…”Go away and leave me alone.”

What I wanted and what God had planned for me were two entirely different things, somehow I think he was with me that hour, reading my thoughts and letter and placed me in lock up, away from alcohol, protected from myself, long enough for him to catch up to me. I was in a place I could no longer run and hide. I could no longer escape from myself or anyone else for that matter. I had to be sedated like some kind of wild animal, put to sleep for a time wile my wounds of destructive behaviors healed. Weeks later I started to come to, that’s when I really woke up to the errors of my ways, that’s when shame and guilt enveloped me like a wet heavy wool blanket.

The epitome of desperation had finally found me like I never experienced before. All that bullshit and lies I had told before didn’t work in this place, neither did my clown face, no one would believe my “Just fine” line anymore. Being that vulnerable was a scary place to be, yet it was the perfect opportunity to find God again like I had when I was a child. After much hesitancy and humility we found each other again. Tears of happiness and forgiveness rained down after decades of drought and famine. God held me in that moment for what felt like forever, where time just stood still for a wile, till this peace and love filled me with a feeling that no matter what happened from that moment on, everything was going to be OK.

I’d finally stop running and rebelling from the one person that was with me and carried me through all those hard times in my life. Once I was blind and now I see – rings so true for me now, for it was I that had given up on my father, not the other way around. Once angry, now grateful that God found a way to save me that fateful day, that he has forgiven me for turning away from him and forgiven me for giving up on myself.

I see now how thing ran when I was running my own show and how different things in my life have become when I allow “Thy will, not mine, be done.” To surrender was something I was never taught, like somehow it was a bad thing to do – never surrender! Yet when I finally found out how to truly surrender, absolutely everything, I found everything I was missing, like peace, serenity, my sanity, love, forgiveness, belonging and acceptance. Surrendering takes daily practice, handing over the reins is hard to do, yet when I do, and when I have, miracles happen.