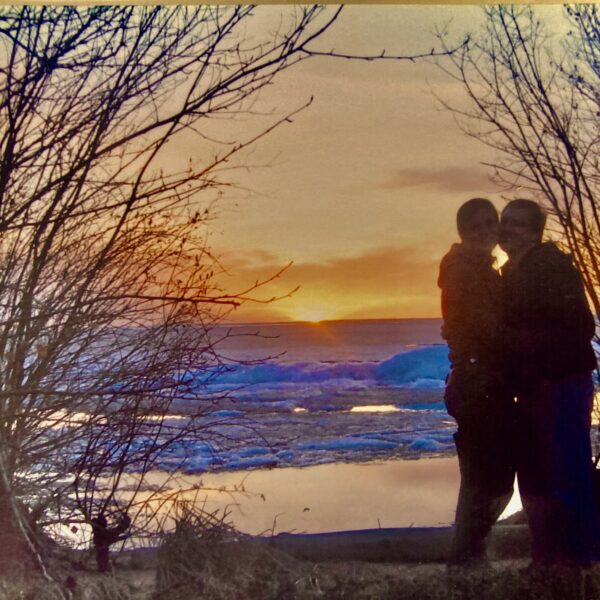 Through the years, I’ve learned that pain is only information. For most of my life I lived in excruciating pain, yet no amount of physical pain ever felt worse than the emotional and mental kind. Suicide was always an option, and on many occasions I tried; fear and God’s mercy kept me from ever succeeding. I was forever numbing the pain with alcohol, and I see now that the alcohol was the one trying to take my life. Every bottle was another bullet in the chamber, and I always had an itchy trigger finger.

I’ve been givin’ so many second chances that it almost seems ridiculous. How could one escape death so many times without a greater power intervening? There’s no doubt in my mind that some greater power has been watching out for me, like a guardian angel — or two or three. I never became desperate enough to change, too stubborn to change and too ornery to surrender. All I knew was loneliness deep within, a kind of insanity that leads your mind to suicide. I know all too well — I know that kind of pain and it’s the worst kind of all.

It’s almost a cry for help, a help that rarely comes before it’s too late. I wrote a note that day and called it “suicide,” willing to make this my last farewell. Fortunately in my case, my husband came to my rescue. At the time I was beyond angry, yet somewhat/secretly relieved, yet I had no idea the consequences which were to follow. After every other attempt, I was left to my own demise. A few days at the hospital I thought at most. ‘Til I found myself on an airplane flying to Grand Prairie — “what the hell am I doing here” was all I could think.

Some doctor came to see me, in a small room, to asses me I guessed? Just another asshole who wanted to figure me out — impossible! How do you explain something you can hardly understand yourself? Riddled with pain, agony, decades of sleepless nights, guilt, shame, anger, resentments and bitterness. Figure me out — forget it! Go away and leave me to my own pain. Like every time before, I’ll figure it out on my own.

I needed my medicine and they didn’t have my kind in that hospital. Shortly after my “rant” I was led to another floor, just to argue with another asshole — how many fucking people am I going to have to talk to? — to sell my story to and convince, like I have so many times in the past, that “I’ll be fine.” Not this time…

So I’m shown a room, then another, just for the night I was told. The sleepless desperation, the insurmountable fear, the demoralization — I knew I was somewhere where I didn’t belong and I also clued into the fact that the doors to the outside world were locked. OMG – What is happening right now? I see a phone, so I start making collect calls to friends and family pleading with them to get me the hell out of here and NOW! My pleas were denied. Who and how could anyone do this to me, after all I’ve done for others. I was once again left on my own.

Like a wild squirrel in a small cage, twisting, turning, clawing, confused, scared and afraid — I think they drugged me that night, for sleep was the furthest thing from my mind. I was always able to “run away,” escape — talk my way out of situations, disappear and hide — I was damn good at it and had lots of experience. I’d practiced my whole life. Yet I never found myself in the situation I was in ‘til then. Locked doors, locked in with lunatics and nurses watching my every move.

“Dammit – this is just a big misunderstanding!” No masks or tactics I tried convinced anyone now, and my biggest fear hit me like a mac truck going full tilt. Don’t leave me in here with myself —anything and anyone but her — she needs her freedom and you have no idea what she’s capable of. My inner child emerged shortly afterwards, she was terrified and traumatized. My mind was running a million miles an hour — more drugs quickly followed, and my mind became mashed potatoes, I felt heavy, my body slowed to a snail’s pace. I was to follow every instruction after that to the letter. I was monitored morning, afternoon and night.

Even after all their efforts to slow me down and crack me open, I held that wall up with determination. No way, no how, was anyone going to get to what was on the other side. I just had to play the game and wait them out, besides I thought no one really truly gives a fuck anyway. I was just another number, another patient, another statistic. I’ll be out of here in a week — tops!

The nurses and doctors on that ward were different than any I had experienced before. After a while I could begin to see that they genuinely cared, they saw my need for small freedoms, they saw the desperation and fear in my face I was unwilling to look at. Why would someone care for a stranger as messed up as I was? They did and I began to feel their kindness and support. This was to be my temporary family. My actual family was not coming to get me. I felt abandoned in a strange, unfamiliar place. Did these people really want to know what brought me here? What I had been holding onto for so long? After a week it became apparent that I wasn’t going anywhere ‘til I started letting my guard down. The drugs made me sleep, and for the first time I felt like I was getting some.

Then came the relaxation therapists. I was running from myself on that treadmill in there for hours a day, wearing a path on the floor like a pacing polar bear. Making my bed three times a day, folding clothes over and over, ‘til I found the hospital laundry and started folding that – I’m sure I seemed quite the case. I was wound up tighter than the laundry in a washing machine after 3 spin cycles! My metabolism ate up those drugs like a kid in a candy store — then more powerful drugs and higher dosages. Finally after a few weeks they had me so doped up even my speech was slow and slurred, enough so the relaxation therapists could finally work with me. Progressive body relaxation, they even made me my very own meditation CD.

To my dismay it actually started working. I was scheduled for 2 hour sessions a day. After a few days of this, word was getting around the ward, other patients started joining in. At first others observed me and how my body would vibrate and seize as the tension left my body. I’m sure I looked somewhat possessed, laying on that floor being guided by voice and music, learning how to unwind, exuding years and years of torque that had built up in my mind and muscles.

Those sessions were the beginning of surrender — something I had never done before because it was wired into me for survival. Then came “Craft hour” – how utterly stupid I thought. Sitting around a long rectangle table with a bunch of loony bins, I picked up my paint brush, laid some colour to the bird house I was assigned and broke down in a ball of tears. I sat there and just cried for a few minutes in my own little world, realizing in that moment, how long I’ve ignored my imagination and inner child. That sad little girl locked up for so long, the enormous error I was making. A deep sadness was quickly followed with a huge sense of happiness. I continued to paint that birdhouse in that nut house with ease and comfort, and for the first time in weeks, I felt a sense that everything was going to be alright.

Things were to get worse before they got better. The news of losing my flying career brought devastation to the world as I knew it — and brought me closer to God than I ever realized possible. Looking back now, I see that that was the start of my second chance at life, although at the time it felt like the end. That was the time I found a small chapel on the bottom floor of that hospital. I was residing on the 5th. I had to go down to find God — how ironic.

I was at the most desperate point of my entire life, there between the pews on my knees, soaked in a flood of tears, begging God for anything, everything and something…

Fast forward to today — I feel I’ve gotten more than I deserve. I’m grateful for everything and have humility like never before. I surrender and have truly been given a second chance.