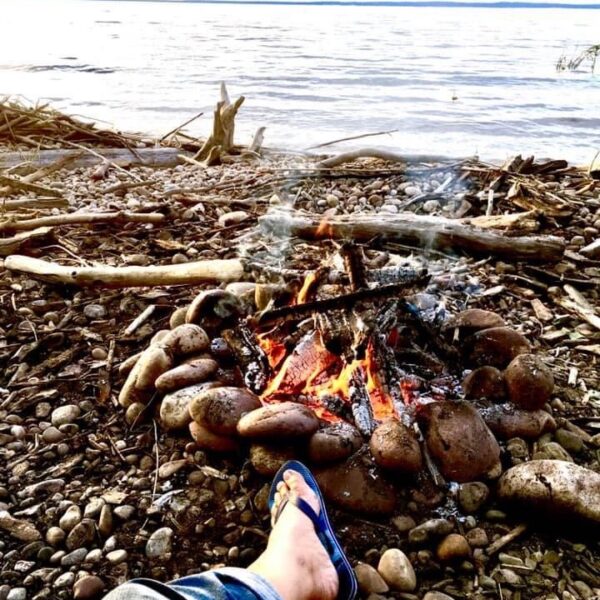 This was something I was taught; I don’t think anyone just naturally grows up with it. Monkey see, monkey do. I believe judgement and gossiping go hand in hand. The best lessons I believe are from actual experience, and since I surrounded myself with judgmental people, part of my “fitting in” was to do the same. And one of my biggest fears was being judged — talk about calling the kettle black! The two people I judged the most were God and myself — so insecure, so condemning, following a crowd of like-minded people, hurting people around me and hurting myself.

So there I was, full of pride and ego, pretending to be perfect in every way. All my time and energy went into making my outside world look completely put together, and I was very good at it; meanwhile, I was dying inside… making certain no one found out the sadness, misery and pain I felt within… playing it cool, ’til that fateful day came when I could not fake it anymore, and my greatest fear of judgement came to be.

It took some time ’til the veil of fog lifted from my head, and when it finally did, incomprehensible shame overtook me. There was nowhere left to hide. I couldn’t face anyone, not even myself; I truly wanted to die. Like an out of body experience, I stood on the other side of my judgement like never before. It was as though God was showing me what it was like to be on the receiving end. It felt unbearable, as if all the air had been sucked out of me in a matter of seconds.

After that effect wore off, my first thought was…how am I ever going to be able to face anyone again? Not only friends and family, but complete strangers. Somehow, some way, they were all going to find out how judgmental I’ve really been and point the finger back at me saying, “how does it feel!” So called “Miss Perfect” locked up in a psych ward after attempting suicide. I felt so exposed, naked and afraid.

Even though my defense barrier had been broken, my survival mode engaged almost automatically. Being locked up in that ward, and nowhere left to run — I knew I was going to have to face my biggest judge — me. If I was judging myself at that point, I could only imagine others were conjuring up their own judgements. That “Big Judge” in my head was loud and clear, front and center, and I was defenseless. I knew what I had done, and felt utterly ashamed of my actions.

It took years and a huge amount of humility and grace from God to help me overcome those feelings of shame, guilt and remorse. It was such a profound experience, that it’s still with me today, and I pray it’s something that never leaves me. Even now that I’ve been able to maintain my sobriety, learned to manage my mental health, dealt with shame and guilt, experienced judging first hand, I still find myself falling back on my old ways… but I’m a lot less judgmental than I used to be.

Judging others bolsters my ego, like somehow I’m better than they are, or I just know more than they do. Am I really that perfect? – I think not! Would I like to pretend that I am? Perhaps. It’s everywhere in society, out in the real world, all over television. You can either choose to blend in with the rest or stand out from the majority. You’d think from the harshness of my experience I would have changed right there and then. Unfortunately that’s not the case, for change doesn’t happen over night.

All I know is I can do better. Whether I’m judging or being judged, it’s a part of life and I have to choose to be not so judgmental. As the saying goes — “seek first to understand, then to be understood.” Old habits die hard, yet I have the power within me to change. Have a long hard look at yourself before you speak of judgement. You’re not going to get it right all the time; it’s about progress NOT perfection. Use more awareness when it comes to judgement. Stop listening to that big judge in your head. Maybe if you cease judging yourself, you’ll judge other less. Start applying this principle to thyself, practice first on yourself, stop being so judgmental about the way you look, your failures and your mistakes. Allow yourself to be imperfect and see the perfection in that. Think and act accordingly to the traits and values and morals you seek. Stand out and be the difference.