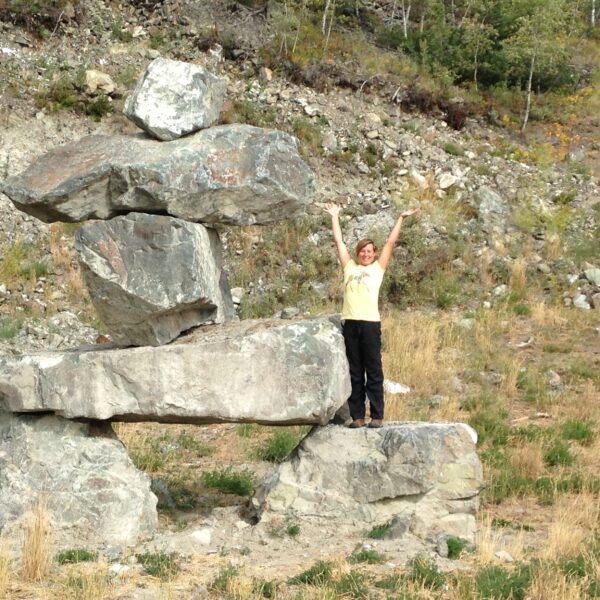 The Sun has made its grand appearance once again and has brought the wind along with it. The smell of petrichor fills the air. I sit on the front step in my chair, listening to the wind push and pull the branches of the trees. Swirling leaves and grasses in the front yard, low rumbling tones. I belong in the sunlight and the great outdoors, it’s what grounds me and connects me to the powers that be. It brings me the greatest peace and joy. Most of all my journaling is done in the outdoors, even in the winter. There’s something about the elements that inspire my thoughts. The sun on my skin, the cold of the winter, the rain and wind, each view a little different from the next, changing from day to day, like the inner workings of my mind. I’m reminded of how precious life is and all it has to offer.

God has offered me a new life, one I’ve never lived before. It felt like I was always fighting someone or something, struggling with life constantly. I couldn’t see its beauty, only misery, so unwilling to accept life on life’s terms. I was falling into every hole that I came across, wallowing in the muck, blinded by a substance I had no control over. Lost, alone and afraid, I stumbled through life this way. I misplaced my trust, abandoned hope, lost touch with myself and reality. I didn’t care much for life, because it was always handing me a crap deal and it felt like no matter what I did, I could never turn it around. I took risks I shouldn’t have, I ignored every warning sign, I never listened to sound advice. I was constantly doing things my way and pushing against the grain.

I followed a path of danger and destruction, taking leaps and bounds, from one thing to the next, never thinking of the consequences of my actions. I was left to figure shit out with a whisky bottle in my hand, and when that stopped working I switched to beer. I was always looking over fences, my yard was too much of a mess. I hoarded everything, mostly garbage, and I never took inventory. I just kept collecting till I burst at the seams and everything came pouring out for the whole world to see. I did my best to hide it, but when one has the amount of garbage I had, you can only hide for so long.

Then people came along and started to shine a spotlight on things, to show me exactly what I had been ignoring for so long. Underneath all that trash were things I never knew I had, festering under the rubble were things like PTSD, depression and anxiety. Adding alcoholism to the mix was like adding gasoline to a fire. First step was to eliminate the gasoline, then one by one, deal with the underlying issues.

Fortunately, by that time, I had people willing enough to help – professionals specialized in dealing with such messes. I had to be willing enough to ask for help. I was so incredibly shameful and immensely embarrassed. It wasn’t until those other people willing to help, opened up about their messes too, showing me pictures uncannily similar to mine. All I had to do was be wiling to listen. I was always too busy talking bullshit to listen, so I shut my mouth for a change and started to listen, and what I heard was wisdom. Things I could relate to, an understanding that if I was willing to do a little work at first, I’d continue to have help along the way to start cleaning up all my garbage.

It wasn’t until I actually burst at all my seams, that I saw the landfill in front of me. It was truly overwhelming! I had mounds of garbage to go through and I was just a bunch of broken pieces. Thankfully I had the love and support of my family and good hearted people to hold me together while I sorted things out. If it wasn’t for them, I would have never been able to get started, and knowing I had a loving husband to return to was a God send.

My hoarding days are now over; it’s taken nearly four years to sort through that landfill. I finally became desperate enough, worn out, too full, exhausted, to the point that something had to change. Learning to let go of what was no longer serving me and keep what did, brought about a sense of freedom and happiness I never knew existed. I’ve learned I don’t have to regret my past, just accept it and move forward. Play in the sandbox of life, rather than the landfill of junk. To maintain what I’ve worked so hard for, I must take daily inventory. This is an ongoing and very important job. I’ve worked harder than I ever have in my life. I was always more then willing to do any amount of dirty physical work, yet never the mental or emotional kind.

I finally had to get down to causes and conditions, dig down past the roots, excavate the poisonous ground and lay new foundation. It was much more mental work than physical, and not too many people are up for that kind of reconstruction. I knew I wasn’t, until the pain of living the same out weighed the fear to change. Call it desperation, call it what you want, I was just so tired of living the way I was, carrying around all the garbage and the effort and pain it caused.

Suicide saved my life, where it could have easily taken it. Colin helped me to a place where I could get the proper care. My future was terribly bleak back then, but now my future has a whole new meaning. It’s bright and full of colour, strange and new. Under all that garbage was something beautiful. I appreciate life now, I’m grateful to be alive. I work hard for it everyday. I don’t brush off my obligations and responsibilities like I used to. I look up and within, rather than down and out. I see where improvements need to be made and I make them. I take stock of what’s useful and get rid of what isn’t.

I use the help I’ve been given and try not to do it all myself. I’ve paved over the holes I used to fall into. I’ve been dealt a hand worth holding onto, I know the value of it and know it’s worth protecting, I know in order to keep it I must give it away. I know I have to share my stories with others, like others have with me. I know I have mountains yet to climb, I also know I have a lot of tools to help me do that. I know I cannot rest on my laurels. I know that if I want something bad enough I have to work for it, and I have to be mentally and spiritually fit to keep what’s so freely been given to me.

I’ve been given eyes to see the treasures, rather than the trash. I treat life more respectfully. I tread more carefully and approach each step more cautiously as I look towards a happy destiny.

4 Replies to “Trash and Treasures”