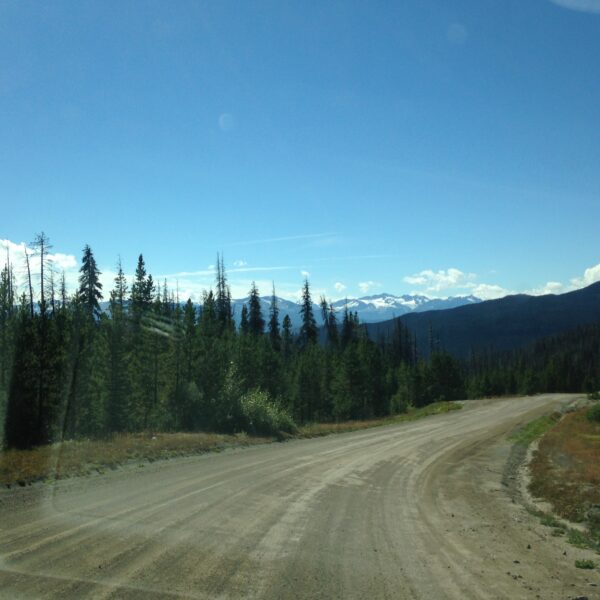 As I continue to put one foot in front of the other, I can’t help but think of how I used to take so many steps backwards. Constantly traveling into my past, always reliving old memories, wishing I could have done things differently. Don’t we all do that? I can’t imagine I’m the only one. My “two step” has finally changed from taking two steps back and one step forward, to taking two steps forward and one step back. A small dance to learn, yet so difficult to master. I have a coaster my dad bought me that says, “Don’t look back. You’re not going that way.” True in a sense, yet that’s where I came from.

While I slowly move forward, it’s important to glance back once in a while. The future can be very unknown and scary at times, yet a quick look back in the rear view mirror can show you all you have overcome, and give you the strength to keep going. When I look back I see events and situations I never thought I’d get through. With time, perseverance and a little divine intervention I eventually emerged out the other end. I don’t know about you, but I often forget about the insurmountable obstacles I’ve had to overcome to get where I am today. Sometimes all I see is the overwhelming tasks in front of me, and I think, how the hell I’m I going to get through this?

Wherever you go there you are. What I’ve learned is it’s simply putting one foot in front of the other. Be where your feet are, in the present moment. Sometimes the feelings and emotions are so incredibly overwhelming, it feels like you’re stuck in muskeg, and you can’t get out. There was a time, I felt like I was in quick sand. The more I struggled to get out, the further I sank into misery, hopelessness and despair. My doctor at the time suggested I use the power of imagination. “Imagine,” he said, “that there is a helicopter hovering above you, with a long, strong rope hanging from it, and all you have to do is grab onto it and allow it to pull you out.” As desperate as I was at the time, I was willing to try anything. Good thing that helicopter came when it did, because I was damn near up to my neck and sinking fast.

I hung onto that rope, like my life depended on it. I used the power of imagination to let the helicopter pull me out. I eventually ended up on solid ground. That whole experience taught me a very valuable lesson, about reaching out for help and telling the truth about where you are before it’s too late. I was so blinded by the pain and fear I couldn’t see past my own nose. The hardest thing for me was asking for help. I was on death’s doormat before I became willing enough to ask for it. I hope by sharing this small story, it will encourage you to ask for help before you reach that doormat.

There’s also a saying I like that goes like this…”When you’re going through hell, just keep going.” Sometimes that’s all we need to do, to get through what’s happening at the moment. You can, and will, emerge victoriously. I did, and so can you. You are not alone in your struggles and there’s more help out there than you first might think. It might take a while to find the right kind. The trials and tribulations I’ve had to go through were frustrating to say the least, but help is out there.

Who knew a helicopter would have saved me. Maybe a little imagination can help you too, be it: a balloon, a ship, a train or an airplane? Whatever it is that helps to get you by. Life is a dance and we learn as we go. It’s progress not perfection. I’ve stumbled and fell, stepped on a few toes and looked like an idiot a time or two. I’ve twisted my ankle going too fast, yet I’m still in the dance, putting one foot in front of the other. Through this blog I’m hoping to help you, so don’t rip that rear view mirror off just yet. We have a long way to go.