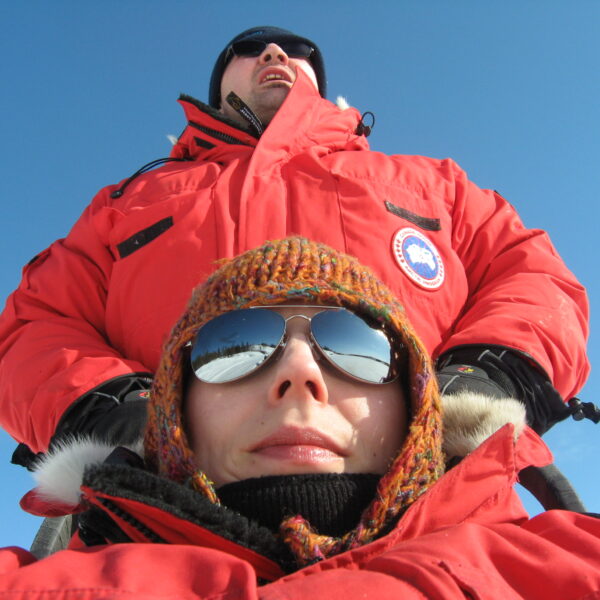 Awoke with gratitude in my heart and no hangover, rising early to witness God’s beauty. I missed out on so much beauty in my addiction to alcohol. All I had built around me were impenetrable walls, with no windows, blocked from any light, letting nothing in or anything out. Locked away with all my problems, living with a soul sickness, trusting no one, only venturing outside my walls to obtain the only thing that sustained me — alcohol. I was very secretive of my little world inside those walls, always putting on a happy face. The outside walls were picture perfect and painted beautifully.

The inside walls were dark and sad. The inside was a mess, hence no windows; I could not risk anyone looking in at the chaos I was creating. Although I let a few people in over the years; once inside, they immediately left. As the years passed I built my walls thicker from the insides, closing myself off from further hurt, rejection and abandonment. I always took enjoyment out of fixing other peoples problems — it meant I could avoid my own. It was an escape from my dark little world from time to time.

It was terribly exhausting always putting on a show, wearing masks everywhere I went, a different one for each person, place or event. No amount of any “good times” lasted, for I always knew I would have to retreat back into my walls, and I did. It was a safe place to hide from the cruelty of the world. Death, suicide and darkness was within — no happy, pretty pictures, no colour, just black, grey and an awful blue. There were no escape routes, only one main exit that was closing in from the junk and debris I had been accumulating over decades of sadness and loneliness.

I had secret passages where I had hidden the greatest hurts and traumas of my life. I kept them in the dark underground in hidden places beneath doors, covered in old rugs where no one would ever venture looking, if my walls were ever penetrated. Blocked from any sunlight, my life grew increasingly dim. How was I to know there would be any other life beyond the one I was living? I hardly had the willingness to live, no resolve to change and a substance that made all the pain I was living in somewhat tolerable.

One day a brave man came into my life. He gained my trust. He was gentle and kind, and I was not. I never liked anyone who got too close to me, yet his persistence and patience was intriguing to me. I even tried exposing him to my ugly side, yet he remained; there was something different about him from the rest. His life was complicated like mine, he had troubles and problems of his own. I thought I could save him, maybe it was my co-dependency. Little did I know how much I was to undertake, and maybe he thought the same thing?

It wasn’t long before I gave him a copy of my master key to within my walls. I was, as I’m sure he was as well, to endure more trauma and pain long before a great miracle was to happen. He had his baggage, yet so did I. He had been within my walls and unlike others who had pity for me, he expressed empathy; somehow he could see clearer than I, how I had given up on myself quite a while back. He wanted to help yet my stubbornness and reluctance was much too powerful.

My thick walls had walls within where no one was to go and no one was getting a key to those places and pathways I had hidden. Many times I had given up on myself, hopeless, humiliated, hurting so bad I begged God for death just to make the pain inside disappear. Yet time and time again, there was this brave man, standing beside me, not ahead, nor behind me like others, but beside me, encouraging me, doing his best to understand me and teach me that my life was worth living, no matter what was within my walls, regardless if they had windows or not.

His baggage and mine became all too much. We all have a tipping point and I had finally reached mine. Of all my suicide attempts, my mind and body could take no more and this was to be my last. Yet this brave man intervened once more and I was to go to a place I had never been before. Once again I retreated within my strong walls, but this time I was surrounded on all four walls by an army I had no defense over, led by one brave man.

I had barricaded myself inside, with depression, confusion, misery and anger — I thought to myself… Let them come, they will never get in. Even if they do, they will never get it all, for it’s too well hidden. That one brave man was the only other that had my key and he gave it to that army, stood aside with perseverance and patience. With his work done, for now, he waited; the rest was up to me.

That army fought valiantly, not with swords and axes, which I had expected, but with kindness, understanding and compassion — was this the work of this brave man? Had he taught that army so well, how to uncover my truths, and even showed them a map of what was piled inside? He was the only one who knew, and he passed that knowledge onto an army of people, good people who had fought similar battles and won. Once that army had taken my walls, I retreated further in, to a room I had rarely visited and given up on, almost forgotten. I had never been driven so deep within myself before.

To my shock and amazement this one small, long-forgotten room had a tiny window. From that window came the most beautiful bright sunlight, extending its rays onto another key! “What key was this?” I thought. I had only ever had one key — to my exit door and I had that one hidden in my pocket. I approached the key with hesitancy and curiosity as the army drew closer. As I picked up that key I noticed a calm come over me like never before… a type of release and ease as I read the word “Willingness” on one side and “Forgiveness” on the other.

As I held that key in my hand, I fell to my knees and wept uncontrollably in the sunlight of the spirit of God. It was then I knew it was up to me to de-construct my walls — brick, mortar and all. It was time to start over. That army had driven me to the one room I belonged in from the beginning. I strung that key around my neck, never to leave my side. As the army parted and my walls came down, there on the horizon, standing with open arms, was that one brave man who now stands by my side once again — teaching me, guiding me and loving me like I’ve never been loved before.